Learn to command the mind

After having won many archery contests, the town champion went to the Zen master.
- I am the best of all – he said. – I didn’t study religion, never sought help from the monks, and succeeded in becoming the finest archer in the whole region. I heard that, for a time, you were the best archer in the region, and ask you: was it necessary to become a monk in order to learn to shoot?
- No – replied the Zen master.
But the champion was not satisfied: he took an arrow, placed it in the bow, fired it and hit a cherry which was very far away. Smiling, as if to say: "you might have saved your time, devoting yourself only to technique." And he said:
- I doubt whether you could do that.
Without looking in the least bit worried, the master went inside, fetched his bow, and began to walk towards a nearby mountain.
On the way, there was an abyss which could only be crossed by an old bridge made of rotting rope, and which was almost collapsing.
The Zen master went to the middle of the bridge, took his bow and placed an arrow in it, then aimed at a tree on the far side of the precipice, and hit his target.
- Now it is your turn – he kindly told the young man, as he returned to firm ground.
Terrified as he gazed down at the abyss below his feet, the young man went to the spot and fired, but his arrow veered wide of the mark.
- That is why the discipline of meditation was worthwhile – concluded the master, when the young man returned to him.
“You may have great skill with the instrument you choose for your livelihood, but it  useless, if you cannot command the mind which uses that instrument.”
Posted by Ashish at 8:54 AM No comments:

Email ThisBlogThis!Share to TwitterShare to FacebookShare to Pinterest
Labels: Mind

The most Famous GOD amongst all the Youngster because of his cool nature as described in the many Hindu epics and also because of his really punk look with his TRISUL is none other than....our..SHIVA JI.


Among all the factor Most of all is his love toward all those herbs that helps to cool down and reduce the SRG gap (Stimulus Response Gap) so one feels like one is at a bliss...makes him youngester FAv DEV..... ;)
SHIVA signifies POWER especially the THIRD eye that can BURN almost Everything into ASH if is opened..... which he opened only once against KAMA DEV, actually according to epics:
LESSON: WIN Over KAMA, HAVE CONTROL OVER KAMA RATHER KAMA CONTROLLING .......... then we are 'SHIVA'. It's all about CONTROL hehhehehehhehehhe ;)
We also use his name as an excuse if we want to taste those herbs... which have detrimental effect on health......( Remember SHIVA RATRI) hehehhehehehehehhe and beside that He is our country 'ARADHYA DEV', sth like National GOD..
SHIVA is yeah of-course the most cool GOD amongst all, i wonder
How could he remain so normal with all those venomous snakes all over his body???
LESSON: Despite of any ADVERSITIES and DANGEROUS SITUATION, one SHOULD LEARN TO MAINTAIN CALMNESS BY NOT OVERREACTING LETTING SITUATION TAKE CONTROL.... OKIE!!! ;) then We are 'SHIVA' SNAKE also symbolizes EGO... so MAster the EGO and is all being 'SHIVA'
How can he not do anything wrong even being said to consume all kind of herbs that gives hallucination???????.............................are there any stories missing???? no not at all...... despite of all that he was always at consciousness.......... HE COULD CONTROL HIMSELF RATHER THAN THOSE HERBS CONTROLLING HIM hmmmmmm!!!LESSON TO BE LEARNED, KNOW THE LIMIT and BE IN THE LIMIT and is being 'SHIVA' hehhehe.........I'm sure everyone wants to have LIMIT CONTROL
How could one still resist the irritation of Most Poisonous VENOM that he has stored in his THROAT?????
The MOON and WATER FOUNTAIN through his head definitely has helped a lot to make him cool... ;)
LESSON: PAINFUL WORDS AND EVEN APPRECIABLE WORDS THAT HURTS AND BOOST SUPER EGO ARE VENOMS, HAVE TO BE COOL AND TAKE ALL THOSE COMPLIMENT AND NEVER LETTING IT HAVE NEGATIVE EFFECT ON US........ IS BEING 'SHIVA'
And most of time always MEDITATING..... and is being 'SHIVA'
And sititng on a TIGER SKIN FEARLESS.......: LESSON: Winning over THE FEAR and is being 'SHIVA'

This is what i've interpreted from SHIVA image which.....what do u guyz think.... are you SHIVA ;) 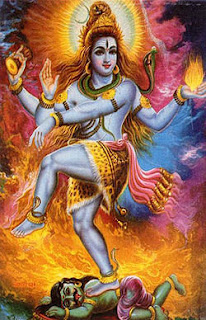 Posted by Ashish at 5:00 AM No comments:

Email ThisBlogThis!Share to TwitterShare to FacebookShare to Pinterest
Labels: Shiva

Moment to cherish On the Bed of Death

I don't want to impose the Self reference Criterion in this. If someone ask me about the most  self satisfying moment of my life, when i'm On the bed of death My answer would be those moments when i was able to make some needy person happy through my social service where the effort was done without the expectation of the return.
I think if people were to ask the same question then answer would be in general similar to that of mine. We are social being and composed of love by nature.  The things that makes us happy is when we are able to help those in need without expecting return and the smile that we see, the happiness that we see worth more than any financial benefit.
Lets collect as much as possible those sorts of memories so we don't have a regret while we are on the bed of death. Lets Learn to Serve and Lets Act to Serve
Posted by Ashish at 7:56 AM No comments:

Email ThisBlogThis!Share to TwitterShare to FacebookShare to Pinterest
Labels: Death

Couldn't stop myself so i'm sharing this information with you my friends.

Me and my friends we visited the Kalmochan Ghat temple area 7th Feb 2012. We met a local youth and a lady. To our surprise there was a wall being made along the Kalmochan Ghat by UN to make a park but the local had mixed reaction to the development. The reason for mixed response was because  of the behavior of sadhus and Jogis who are used to open defecation. The wall would  restrict these sadhus and jogis  from going to the river bank for defecation and resulting to the use of open space near residential area by these sadhus and jogis to meet their purpose.

The problem is few number of public toilets in comparison to the number of jogis which is understandable. The Guthi sansthan which is the care taker of heritage area, is silent in this matter who actually need to take all measures possible to keep the area clean.

The local shared an incident which happened earlier night. A jogi was beaten up by the other group after being drunk  and the reason being, the difference in the race.  Most of allo gets money, even more astonishing information was the jogis being non vegetarian and are in fact given money to feed them self.

We saw group of Jogis and sadhus arriving at the place in the mean time and the reason was the Shivratri coming near. The localities shared that the number of jogis and sadhus will subsequently increase in days and come.

A lady after seeing a  local person with those Jogis and Sadhus in a voice filled with anger shared the untold story of illegal drugs being traded from the place. Her anger was directed to the local government level authority who in fact offers the illegal drungs to the sadhus and jogis and who in turn sells it to the local youth and there is sharing of the commission between the authority and the sadhus.

I didn't want to believe the fact but how could i not after witnessing the foreigners in the form of sadhus smoking the hashish in the near by kutir. I could not believe when i was informed that the sadus are in fact entitled to the illegal drugs and also daily allowance on the basis of their rank.

In India, basically from where the sadus and Jogis are actually from are poisoned if seen in the city area so Nepal is in fact heaven for them in that sense and in fact above than that when ones receives so many benefits in contrast to the punishment in their country.

The question here is about the treatment of the authority, in one hand saying that the transaction of illegal drugs is considered  punishable and again not bringing these sadhus inside that system and treating them. These Jogis most of them are here being lured by the befit they are getting and who are in fact not practicing what a real sadhu or jogi need to be doing.

In this situation where the locals are facing trouble and also the concerned authority is hesitant to take action what need to be done... Its another business growing inside its mask which is much bigger than we can even imagine. The risk is the local children and youths who might become one of the customer of these people who have that thing with them which can misguide the generation to self destruction.